The Alexander Mosley Charitable Trust notes recent media coverage. The Trust abhors racism in all its forms including the thuggery and violence of Oswald Mosley’s fascist movement.  None of the funds received or distributed by the trust were the proceeds of fascism.The Trust carries the name of Alexander Mosley who died tragically young in 2009 after struggling with depression and addiction and part of its aims are to help others facing similar challenges which are often exacerbated by the injustices of discrimination and stigma.  Alexander was a graduate of Saint Peter’s College Oxford and a gifted mathematician.We are saddened by the media coverage and by any upset it may have caused to the many beneficiaries of the Trust. It has been a difficult time for the family following Max’s death in May this year.  It is with great sadness that we announce the death of Jean Mosley, Alexander’s mother and Max’s widow.  Her funeral was last week.We sincerely hope that the funds we donate can continue to make a positive difference. 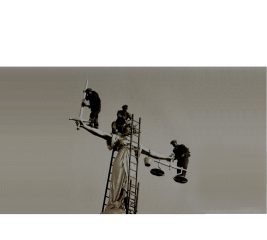 The First Alexander Mosley Charitable Trust Fellow and Tutor in Engineering Science is Professor Charles Monroe. The Fellowship is for an Engineering scholar and tutor at St Peter’s College, Oxford, where Alexander was a student. Read more…